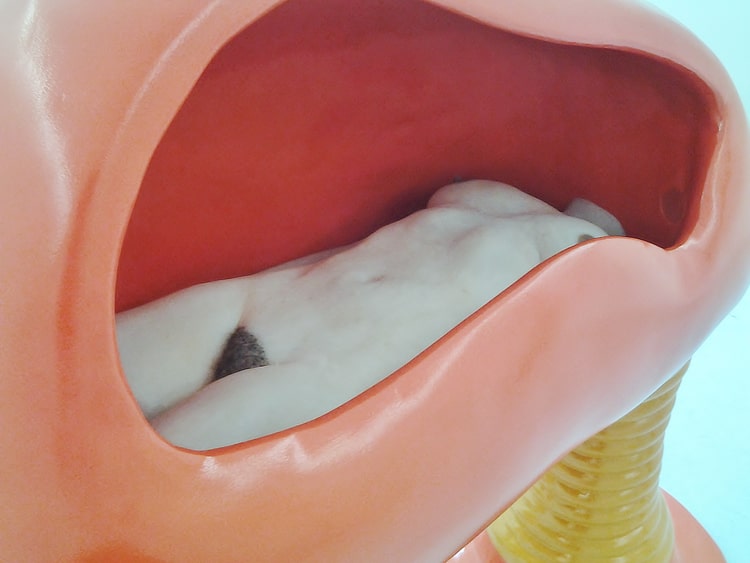 This is a symbiosis that normally has a positive charge, but in 'Mindless Living II' this symbiosis goes too far. Through birth, the mother is no longer inextricably linked to her child, but for the first time becomes outside of him. The symbiotic relationship changes and in the development of the individual, birth is a critical time for development later in life. 'Mindless Living II' is an installation consisting of a uterine cradle in which the baby falls into a light trance brought to influence him to want to remain in symbiosis with his mother.

It is accompanied by a text that undermines the baby's self-confidence. In everything, the baby is influenced not to want to fly out. It wants to prevent the baby from wanting to discover the world and stimulates fear of failure with the result that the baby wants to stay in the safe, warm place in the womb so that he never has to be his own individual with ambitions and responsibilities.

The cradle has the shape of a womb and is based on a sketch by Joep van Lieshout. The mattress is made of silicone and corresponds exactly to Liesbeth's real skin and (liesbeth's) blood plasma leaks from the breasts. This plasma has the same composition as amniotic fluid, which the baby recognizes from the womb. Also, the baby in the crib hears the same dull voice, murmur and heartbeat of his mother, as he heard it in the womb. 'Mindless Living II' shows the friction between letting go and protecting a child, where a healthy balance has to be found to shape someone into a happy and independent individual.