What did I do wrong?

The pain and perhaps confusion that a girl feels during her first menstrual period is dwarfed by the social forces that kick in as soon as a girl becomes a woman and becomes fertile. The girls in What did I do wrong? refuse to play a passive role in the play of power, honor and control. They refuse the social straitjacket that links their reproductive capacity to behavioral restriction and prudishness.

They rise up against normalized violence, the emotionless society and all that is fake, and strike back with the blood that started it all. The installation ‘What did I do wrong?’ Is specially made for Brutus and is inspirited by the homeless girls we saw in Los Angeles during our stay in 2019 and had no money for sanitary napkins. We copied their tent with old mattresses, shopping cart and trash but we also added some childish toys which contributes to the vulnerable dividing line between childhood and adult life. We filmed the performance in Brutus and the props which were left over, are part of the installation , including an hyperrealistic statue girl made of silicone and real hair, who experiences her first menstruation in shock. We are very proud to mention that Joep van Lieshout purchased the installation in 2022. 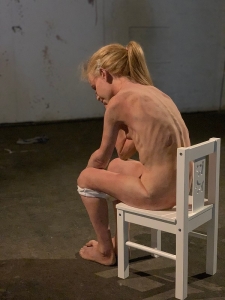 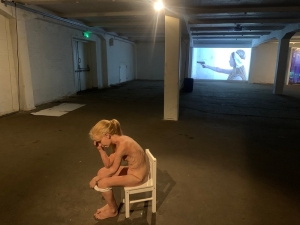 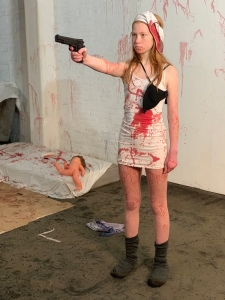 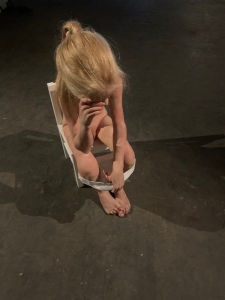